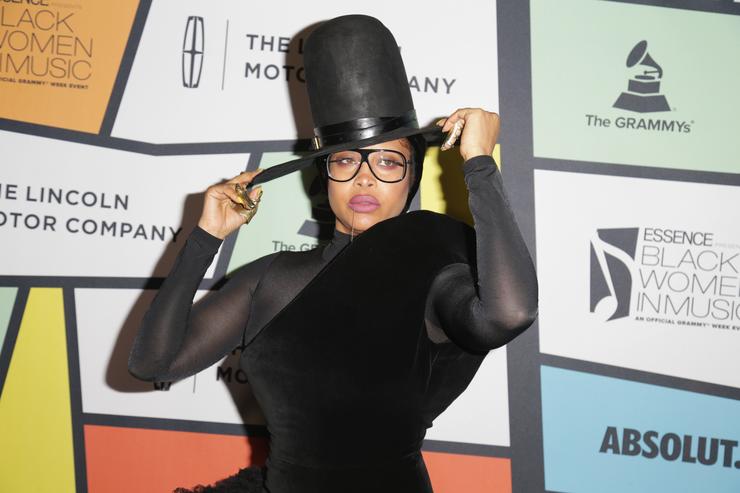 Erykah Badu capped off 2017 with a strange encounter with the police.
Police are always lurking around on New Year’s Eve. Many people are drinking and for the most part, they’re usually on the road trying to spot drunk drivers and other issues that occur on the holiday. Erykah Badu was recently driving around on New Year’s Eve when she got pulled over by the police. You may be wondering what the 46-year-old singer did to be pulled over by the police. The short answer is: being Erykah Badu.

Erykah Badu hit Instagram to share a video of herself after she got pulled over by the police on New Year’s Eve. The video opens up with Erykah talking to the camera while flashing lights are seen in the background.

“Okay, it’s New Year’s Eve. I just got pulled over. And why are you pulling me over?” she says to the officer.

With a huge grin on his face from ear to ear, he says, “Because I wanted to say hi.”

Erykah Badu seems pretty unimpressed by the whole thing and dryly says “hi” to the officer. Badu overall seems puzzled by the counter but mildly amused at the same time. Her passenger is heard laughing on the side while the officer asks “Is this happening?” before Erykah breaks out into laughter.

“WTF BABYLON !!” she captioned it on Instagram, “HAPPY NEW YEAERZZZZ!”

Many of her fans on Instagram were divided about the encounter. Some of them thought his actions were cute while others thought it was incredibly unprofessional of him.