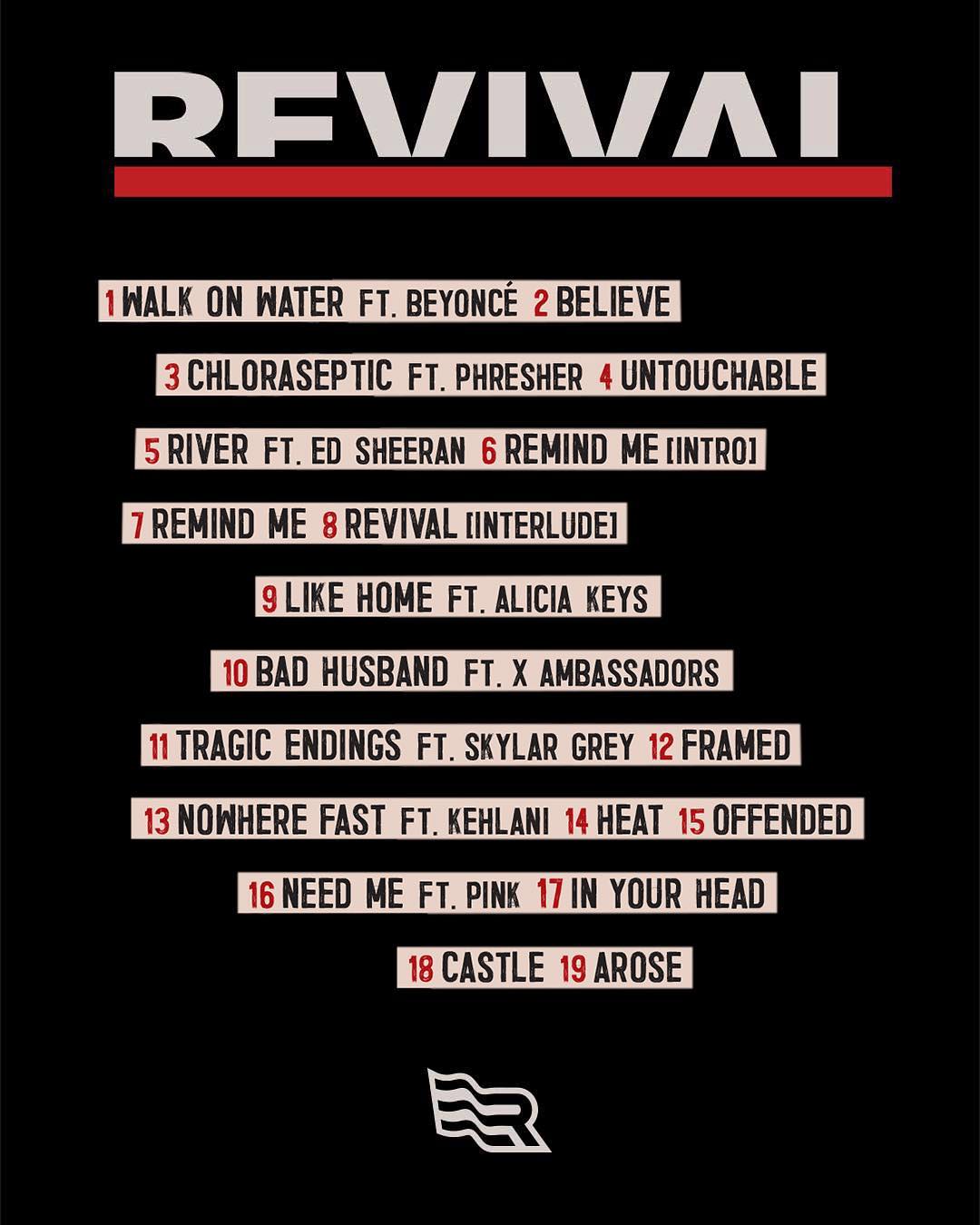 here are few artists who can raise hell over a tracklist alone, and Eminem is one of them. Today, the legendary emcee revealed the tracklist to his upcoming album Revival, which is slated for release on December 15th, 2017. And while the rapper has certainly proven himself a nigh-unstoppable commercial force, the rapper has long struggled with the difficult task of meeting the lofty expectations of his fans. In fact, few artists grapple with this as much as Em; the rapper has often made mention of this problem in his lyrics, and even centered Revival’s first single “Walk On Water” around his waning self-confidence.

In reality, Em has been writing off his previous work with every passing album. On Recovery, he alluded to Relapse and Encore as being weak releases (Encore I was on drugs, Relapse I was flushing em’ out), and went on to claim he “fumbled” Recovery on Marshall Mathers LP 2. “Walk On Water” found him addressing some of the recent criticism permeating the online ether, but for many, it still wasn’t good enough. Some fans found themselves tired of Eminem’s new direction; the rapper who once ridiculed pop stars without mercy found himself working almost exclusively with them. Longtime collaborators like Dr. Dre and The Bass Brothers were cast aside in favor of Rick Rubin and Alex Da Kid, who are producing three and five Revival cuts respectively.

Some thought Em was turning over a new leaf when 2 Chainz confirmed he recorded a verse for Revival, but that verse is nowhere to be seen. The only rap feature seems to be Phresher, who joins the ranks of Beyonce, Pink, Alicia Keys, X Ambassadors, Ed Sheeran, and Kehlani. And while there are still signs that Em’s scathing no-fucks-given wit may make a return (there’s no way “Offended” doesn’t tackle the onset of political correctness), it seems like Marshall Mathers is going full on motivational mode.

What do ya’ll think about this one? Are you looking forward to Revival?